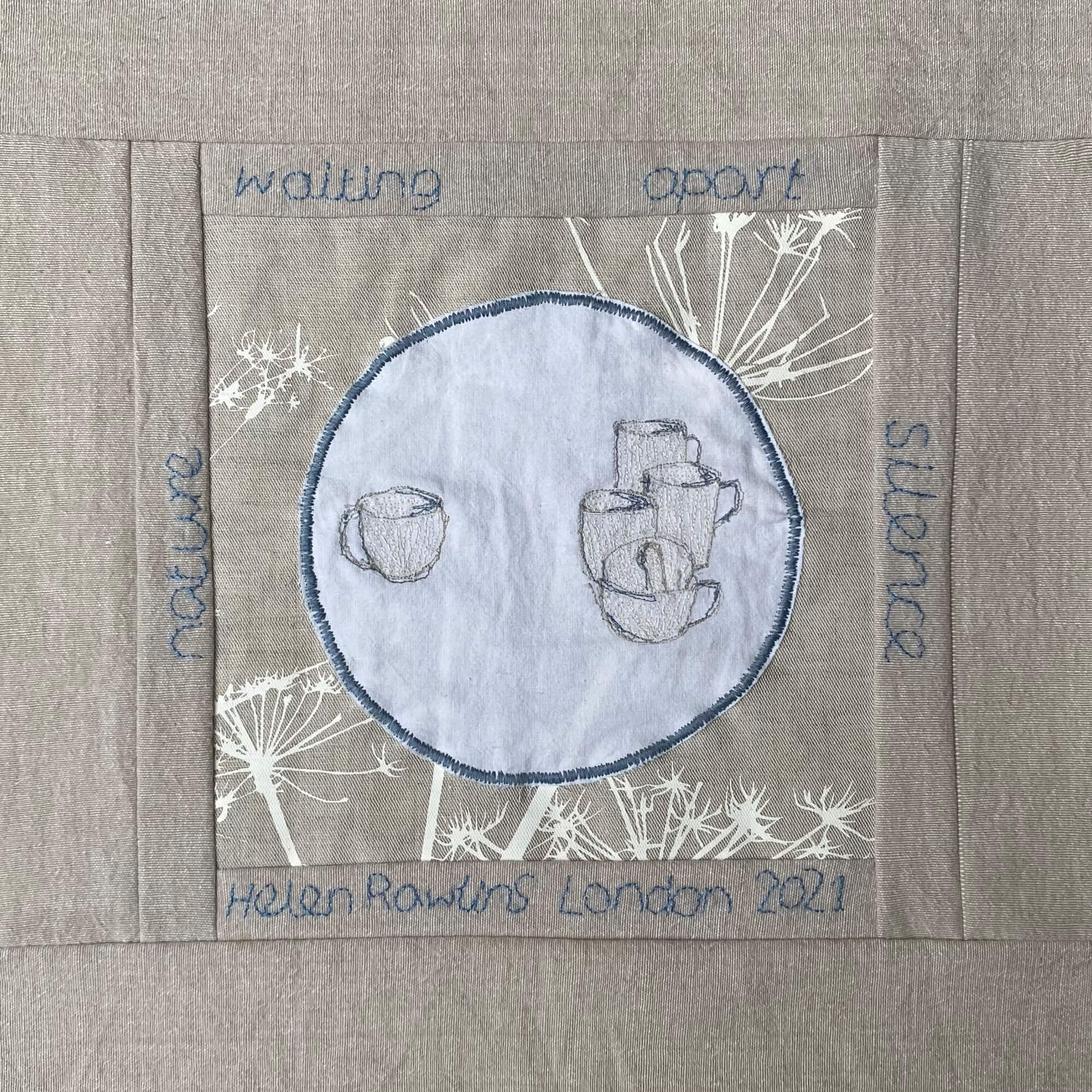 The ideas for my Covid Chronicle panel took a while to come to fruition. As a fairly introverted person, I personally found the lockdown periods probably easier than many - the thought of not having to 'go out' was a relief! But there were obvious difficulties and the fear of my parents contracting the illness and not being able to see them (when my father broke his hip and ended up in hospital) were hard times, as they were for many. I decided to go to my 'old friends' - my cups - where objects become metaphors for our relationships or interaction with one another. The spaces between us, and the act of 'having a cuppa' with a friend became something to look forward to, here, they illustrate the 'bubbles' that we were allowed to move in. The words: Waiting, apart, allude to this longing. Nature and silence, were the two words that described what became most palpable - the lack of cars meant the ability to hear the birds and rediscover nature all around us - even in the urban spaces of London. 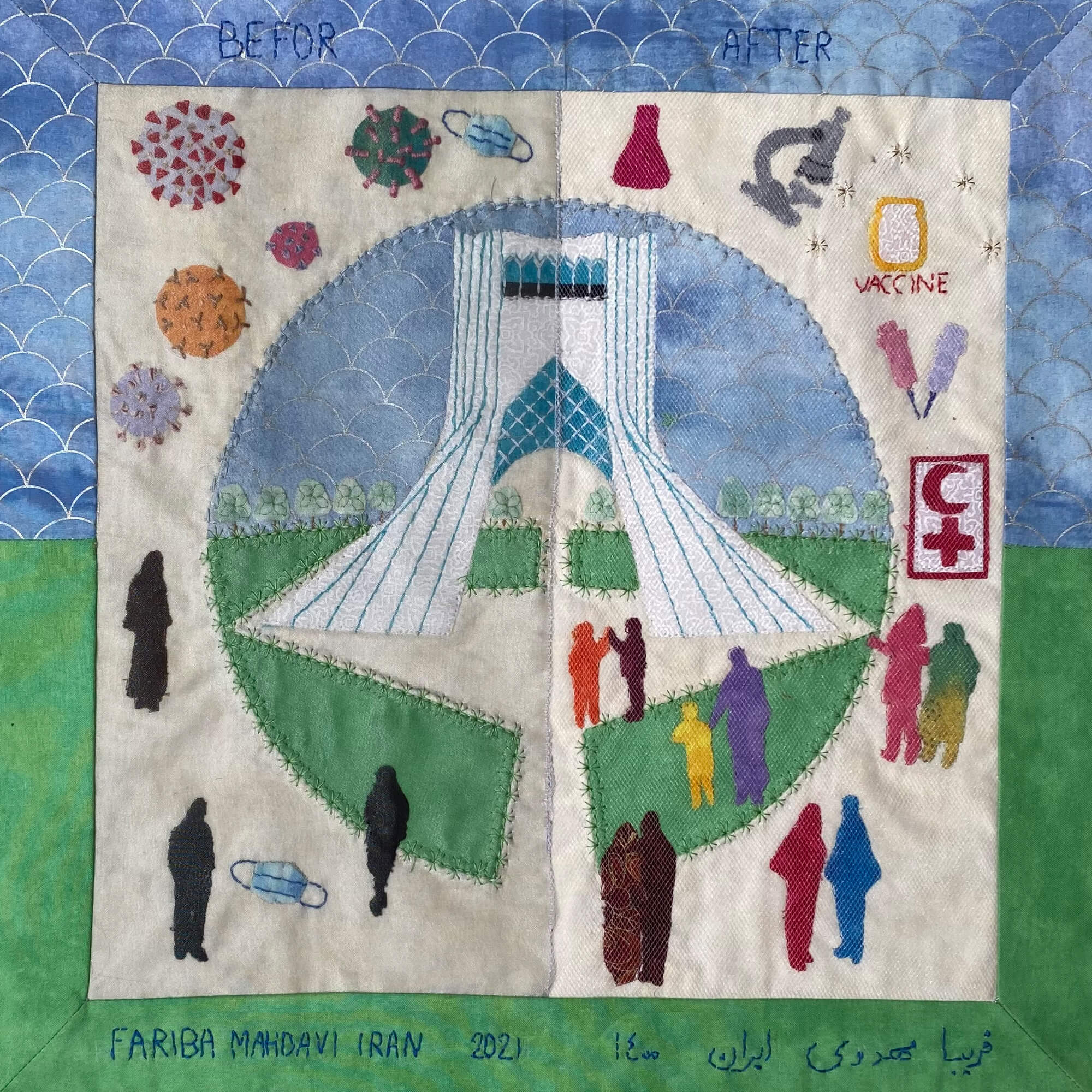 Before and After Covid 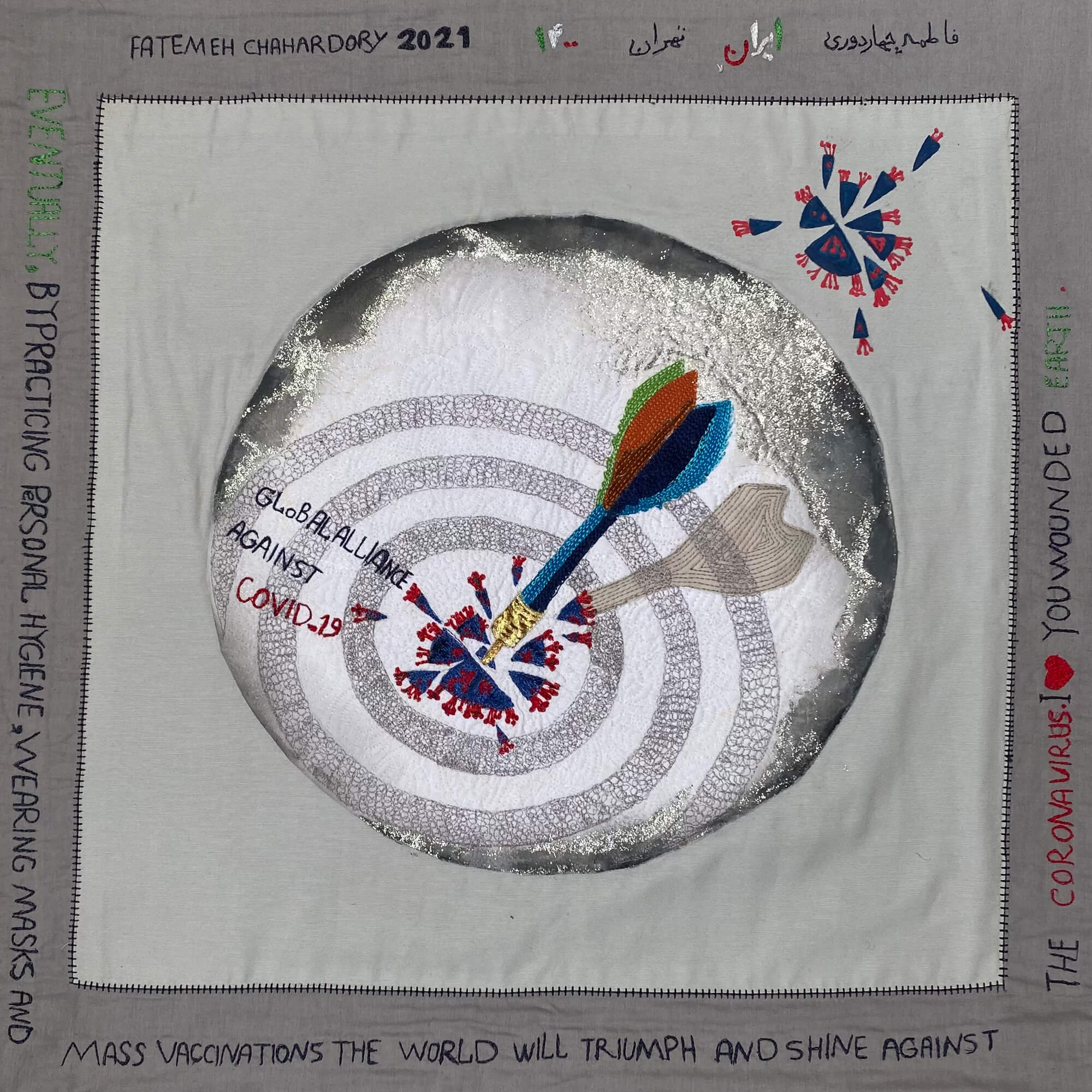 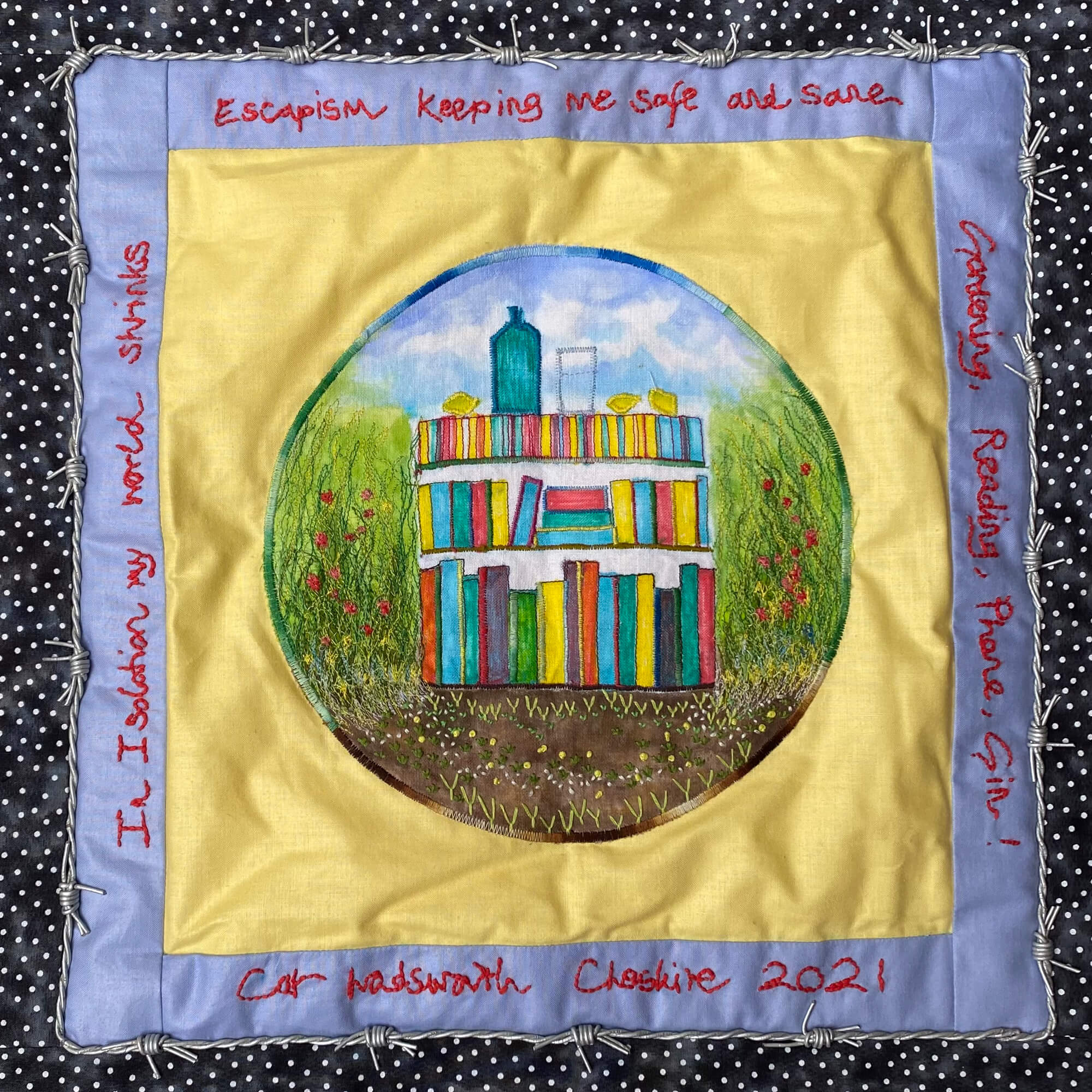 If you are interested in finding out more about The Covid Chronicle, please don't hesitate to get in contact.
Thank you! Your submission has been received!
Oops! Something went wrong while submitting the form.